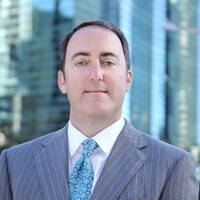 Michael Balan joins Thomas D. Wood & Company after having been involved in the commercial real estate industry since 1997 and closing more than $1 billion in commercial real estate loans. Prior to joining Thomas D. Wood & Company, Balan was with NorthMarq’s Miami office where he assisted clients locally and nationally with the entire capital stack, including equity, preferred equity, mezzanine debt, and permanent first mortgages. Michael also has a background in traditional banking, franchise finance, and CMBS lending before transitioning to a regional mortgage banking company, where he received multiple production awards. He has also worked at Republic National Bank in New York City.

Michael is an active member of the International Council of Shopping Centers and the founding vice president of one of the most prolific chapters of Business Networking International. He is a licensed mortgage broker in the State of Florida and holds a Bachelor degree in Management from the University of Maryland. Michael is the president of the University of Maryland South Florida Alumni Association, a board member of the Miami Beach Police Athletic League and the Assistant Scoutmaster of Boy Scout Troop 65.